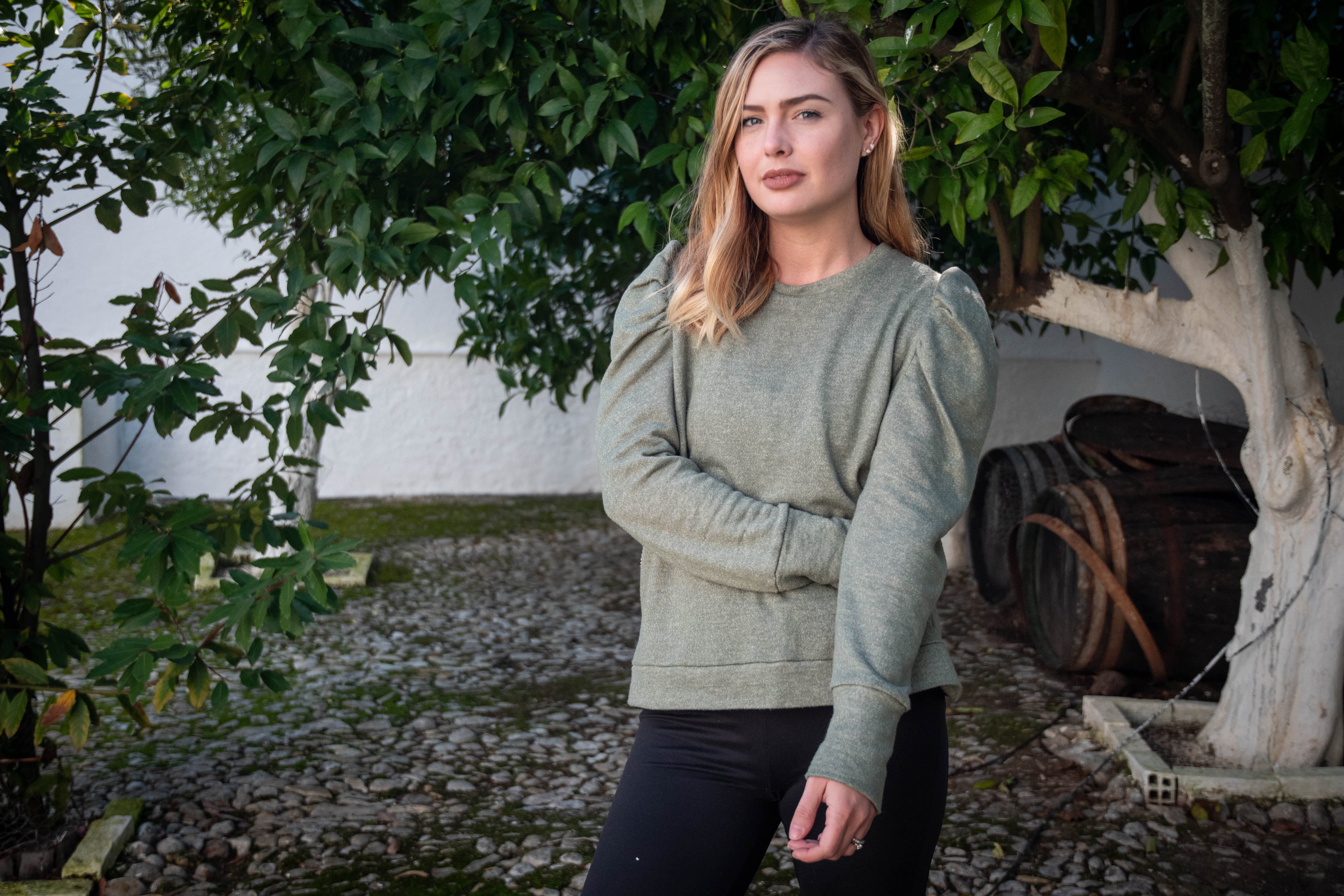 I Am Lion with Stylish Fabric

Are you really a sewist if you aren’t frantically sewing up new me-made garments the week before your trip? Yeah, I didn’t think so. The last time my husband and I really traveled was our trip to Italy in late 2017. I had maybe been sewing a year or so at that point, and was still very much in the “sew all the pretty novelty dresses” phase of my early sewing. This mostly included cute fit and flare dresses made from fun cottons, which didn’t translate well to the cool winter weather in Italy in December! I had the opportunity to bring along a Toaster Sweater and a Blackwood Cardigan (I’ve linked to both there, if you want to go back and take a look!) I already had in my me-made collection, but was not ambitious, quick or confident enough to even consider sewing anything additional to bring along on our trip!

We found out we were pregnant in February 2018, and big travel got put on pause for a little bit. We’ve taken a few road trips to New Mexico, Austin, and OKC over the past year or so but nothing too wild. Once we finally decided to book a trip to Spain, we were heavy in the holiday season. For us, the holidays start mid-October with little girl’s birthday, followed by Halloween, Thanksgiving, Christmas, and New Year’s. By the time my planned holiday sewing finally died down, it was December 31st and we’d be flying out in just 8 days! So I quickly planned out 4 new things I wanted to bring with me to Spain and got to work… As one does.

My priority for this trip was to create a few looks that would make me feel put together while still being comfortable enough for travel, and warm enough to be outdoors. I purchased the I AM Patterns Lion and Zebre set over the Black Friday weekend, and I knew these would both be perfect for my travel plans. Comfy cozy sweatshirts? Check. Special details that made them just a little extra? Check.

I won’t lie to you guys. I purchased the Lion pattern only because it came in a pair, which was the only way to purchase the Zebre pattern. I wasn’t sure that I liked or would ever make the Lion pattern, but I figured hey – if I ever changed my mind, it would be there. The more I looked at the pattern, though, the more fun I thought it was… And I ended up sewing the Lion before the Zebre! (Don’t worry – both made it on my trip!). On top of that, I actually just cut out my second Lion pattern last night. So I guess I’m sold.

I did make a few modifications to the pattern. Though I liked the idea of a button / snap placket on the shoulder, I decided I wanted the sleeves to be the big focus here, so I skipped the buttons. I made a completely unprecedented decision to do my own thing here – rather than just following the instructions as written for the shoulder seam without the button detail, I left a little extra room in both shoulders by trimming the seam allowances by 1” rather than the suggested 1 ⅜”. Honestly, I’m not sure why I decided to do that, but I did. The only other modification was then to attach the neckband as a standard loop, matching the quarter points and gathering between.

Okay – next let me tell you more about this fabric. As sewists, I feel like we are always striving to add more “secret pajamas” to our wardrobe… But this surpasses that. This sweatshirt is just a deliciously comfortably blanket in disguise. I was surprised when I received it – though the expected loop back of French Terry is definitely visible on the wrong side, there is also this fantastic fuzziness mixed in. It is slubby and thick and wonderful. I wore this on our first leg of flights, and reached for it so many times throughout the trip.

I originally fell in love with this particular color of this fabric because of the slight speckles of blue scattered throughout that lovely sage green foreground in the fabric photo online. However, in person, I don’t see that hint of blue as much. It is a lovely shade of green though, and I feel like it serves as a great neutral. I didn’t realize until it was too late, but the coat that I brought on our trip was a delicious berry red Berlin Jacket and I was a little worried that I was going to be a little too reminiscent of Christmas in this color combo. I only brought so many items in my luggage though, so I had no choice – I needed to stay warm! I wore the two together three or four times, and I had no concerns about it – they worked much better together than I anticipated!

As you can see, this sweatshirt is a little oversized on me. I bordered in between the size 38 and size 40, and I chose to print and sew the size 40. I was pretty surprised when it came out as large as it did. The armscyes seem to fall low, the bottom hem band seems quite wide, and it is overall just a little bigger than I would prefer. I originally wondered if I’d measured incorrectly, but when I took to Instagram stories to talk a little about the fit, a couple of people told me they’d experienced the same issues.

I originally considered taking a couple of inches out of the bottom band in the future to achieve a slightly more fitted look at the hips, but I decided to try sizing down entirely on my next version to see how that turns out. As a quick note, I cut the same size (a 40) in my Zebre Sweatshirt pattern (which I’ll be posting later) and did not find it to be equally oversized. Knowing that this one felt large to me, I did take 2 inches out of the bottom band of my Zebre but otherwise, the fit is overall as expected with that one. So it seems the oversized nature of the pattern is specific to the Lion pattern specifically, not I Am Patterns as a whole.

No matter the size, I’m super happy with this top. I didn’t expect to be such a fan of the silhouette, especially with the oversized-ness of it, but I’ve reached for this one regularly. It’s all thanks to the fabric and pattern pairing, I think!

Top: handmade by me
Fabric: Stylish Fabric – Cargo French Terry Brushed Fleece (this colorway is no longer listed on the site, but there are many other delicious options here – I do understand that they hope to bring this colorway back, so be sure to sign up for their newsletter to know when it hits the site!)
Pattern: I AM Patterns – Lion Sweatshirt

Though the fabric used in this post was generously provided to me by the awesome team at Stylish Fabrics, all words and opinions expressed are my own, as always! Links provided throughout this post may be affiliate links – if you choose to purchase any products through these links, I may receive a small commission, at no cost to you. This simply helps me justify the costs of my sewing habit and the time it takes to share it with you!! Happy Sewing! I realized recently that I used this dress as a bi

Another Monday!! My baby girl started a new PRESCH

I don't always choose to put my time and effort in

everyone's getting so excited to sew and wear flan

some foggy mist, or ghosty spirits???? who knows.

we finally got our decorations up this week - we'r

17 days until Halloween - what costume are you wea

My baby is EIGHT WEEKS OLD today - time slow down!

This sleeve modification was the whole reason I ev